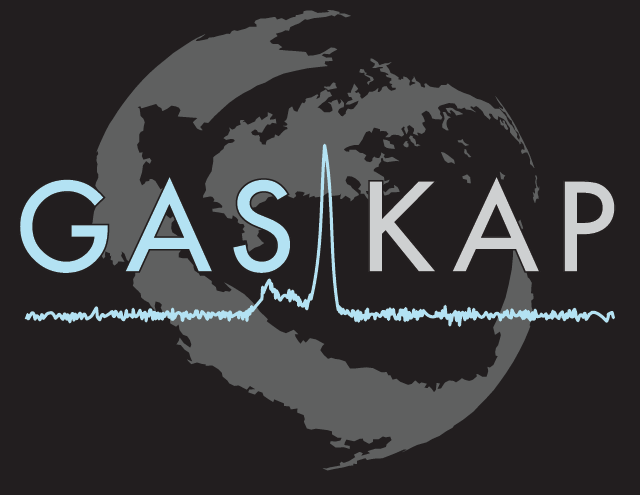 The long (~6 km) baselines, which give rise to synthesized beams at resolutions between 20'' and 30'' within the 30 deg2 FoV, coupled with the narrow spectral resolutions down to ~ 0.2 km s-1, will provide astronomers an unprecedented view of the neutral gas content the Milky Way (MW) and nearby Magallenic system. Over the allocated ~8000 hours, GASKAP will map up to +/-10 deg in Galactic latitudes over all Galactic longitudes, in addition to the two Magellanic Clouds (MCs), Bridge, and Stream (MS). See the figure and table below for a visual break down of the survey areas and summary of target surface brightness sensitivities (Dickey et al. 2013). 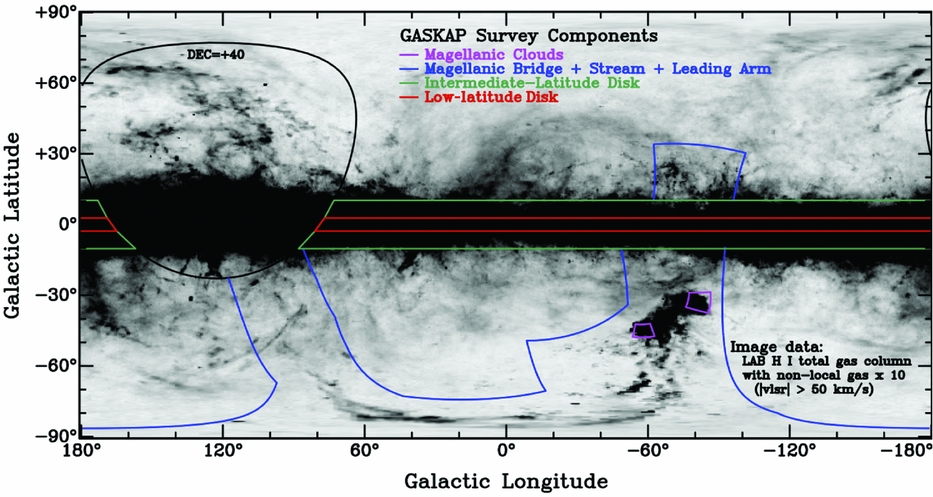 The primary science goals of GASKAP are:

Pilot observations will be undertaken in 2019 with the full survey beginning in early 2020.